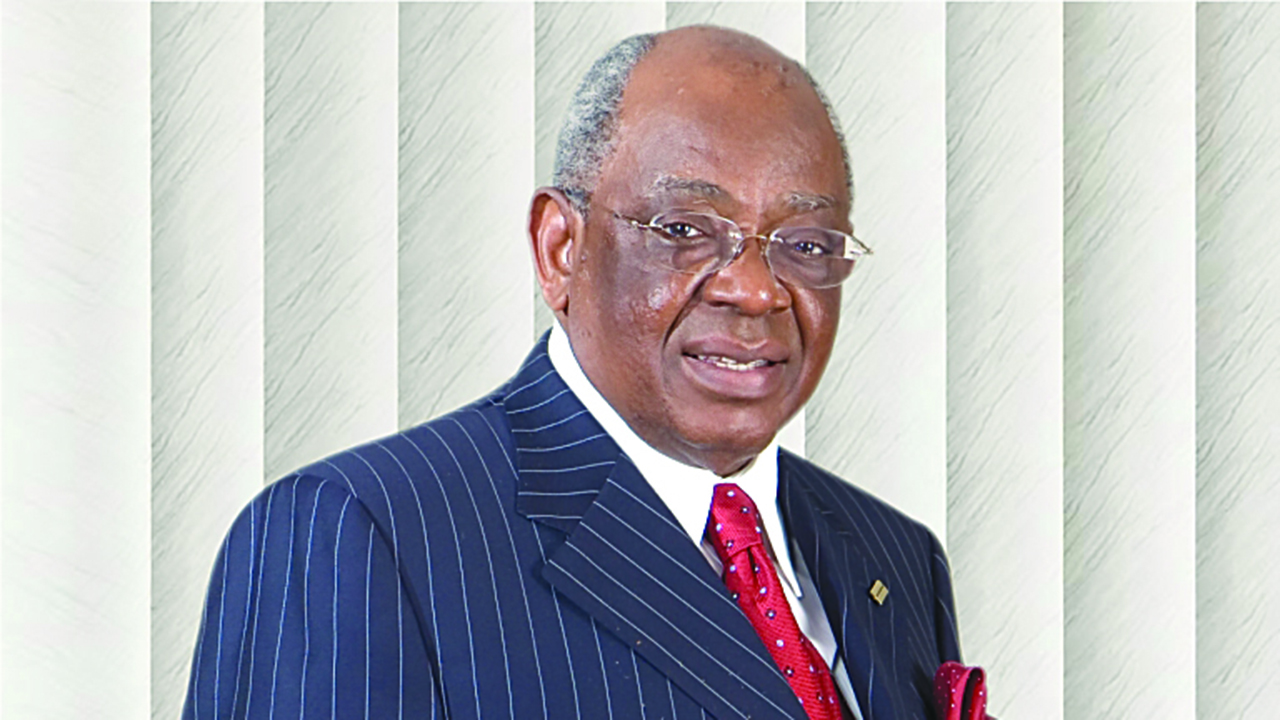 25
SHARES
ShareTweetWhatsappSave
Mail
Otunba Subomi Michael Balogun is a consummate banker, entrepreneur and Christian advocate who also wears the cap of a dogged philanthropist. The spectrum of activities has enabled him to impact different segments of society, leaving great footprints on the sands of time and space. Read more about Everyday Heroes He founded First City Merchant Bank, a company that later became the FCMB group. Balogun was a long time member of the council of the Nigerian Stock Exchange.

He was born on the 9th of March, 1934 at Ijebu ode, Ogun state, Nigeria to Muslim parents. Balogun converted to Christianity while in secondary school. He graduated from Igbobi College and studied Law at the London School of Economics. Before leaving for Europe, he briefly worked as a teacher. As a student in London, Balogun regularly attended fellowships and had the opportunity to meet some noted Nigerians such as Yakubu Gowon before the latter became Nigeria’s Military Head of State. After earning his law degree, he returned to Nigeria to join the Ministry of Justice, Western Region. From the regional Ministry of Justice, where he was a Crown Counsel, Balogun found a new post as a Parliamentary Counsel in the Federal Ministry of Justice. After the 15 January 1966 coup, he joined the Nigerian Industrial Development Bank. At NIDB, his interest in investment banking led him to advocate for the establishment of a merchant bank sponsored by NIDB. When ICON securities, a merchant banking outfit, was established in 1973 as a subsidiary of NIDB, Balogun moved to ICON Ltd as a director of operations. When Balogun’s ambition to head ICON was not realised, he left the firm to found City Securities, a stockbroking and issuing house. City Securities developed relationships with Mobil, Texaco and Total petroleum marketing companies, handling the company’s equity offerings. In 1979, he applied for a merchant banking license to establish First City Merchant Bank. Sign up to the Connect Nigeria daily newsletter Balogun was inspired by the entrepreneurial works of Siegmund Warburg, who co-founded S.G. Warburg, he visited Warburg in London prior to establishing his merchant bank. He often tells the anecdotal story of how his son inspired him to take the leap in starting the bank. When the operations of the bank took effect in 1983, Balogun established an entrepreneurial culture at the new bank, unique as an owner-managed bank in contrast to the government-owned banks at the time. Balogun built a National Pediatric Centre in Ijebu-Ode that he donated to the University of Ibadan’s, University College Teaching Hospital.

It is an indisputable fact that the health and welfare of society are critical to the development of any community. Otunba Balogun has a passion for healthcare. Once during a conversation at an event with the then Minister of Health, late Professor Olikoye Ransome-Kuti, where he was honoured for his philanthropy, they interacted on how to cater for children in need of medical attention. That interaction became the brainchild of a N5 billion paediatric centre, which is a prototype of the Great Ormond Street Children’s Hospital in London, United Kingdom. At the end of its construction, some institutions requested to manage the hospital, but Otunba Balogun was of the opinion that the University of Ibadan and University College Hospital were in a better position to do that, effectively and further raise its status, considering their respective pedigrees. The institution was established in the hope that it would contribute immensely to the general well-being of all Nigerians and serve as a symbol of great possibilities for all those who look to achieve greatness and give back to their fatherland. Source: Wikipedia Featured Image Source: The Guardian NG Got a suggestion? Contact us: editor@connectnigeria.com

On Wednesday 6 July 2022, news broke that the Secretary-General of OPEC, Nigeria’s Mohammad Barkindo, had passed on. Read more about Business The announcement, which was made by the Group Managing Director of the NNPC, Mele Kyari, came just hours after Barkindo visited Nigeria. Barkindo had met with President Muhammadu Buhari and delivered the main … END_OF_DOCUMENT_TOKEN_TO_BE_REPLACED

Vicky Umodu who is a granny said God has given her everything she has asked for, there was no need to steal another person’s money. Read more about Discover Nigeria Nigerians in Diaspora have always defied the odds to prove that Nigeria is a nation filled with great and trustworthy people. The story of a … END_OF_DOCUMENT_TOKEN_TO_BE_REPLACED

There were no casualties recorded due to the driver’s bravery and courage. The Senate of the Federal Republic of Nigeria has recommended a brave tanker driver identified as Ejiro Otarigho to President Muhammadu Buhari for National Honour. In a bid to avert a tragic fire incident that would have cost numerous lives and properties, Mr … END_OF_DOCUMENT_TOKEN_TO_BE_REPLACED