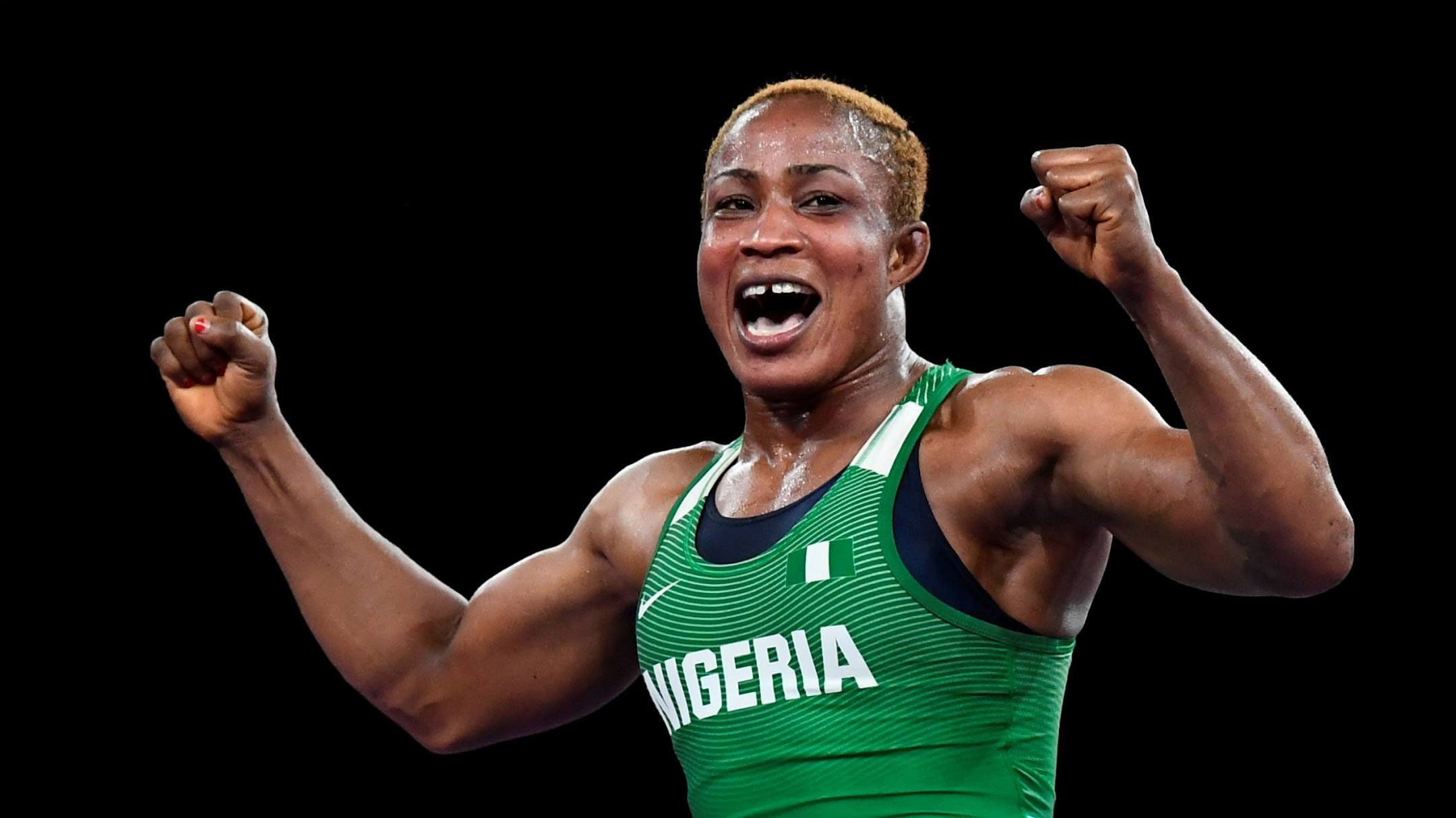 Sometimes, what makes heroes is the ability to produce something out of nothing or sometimes, something out of very little. This is also a thing that makes people like Blessing special. The ability to do wonders even with limited resources. In the middle of the struggle to find a concrete national identity for a country once referred to as the ‘Giant of Africa’, people like Blessing are putting the name of the country in continental discourses.

Blessing Oborududu was born on the 12th March 1989 in Gbanranu. She rose from obscurity to limelight in the sport of freestyle wrestling. In 2007, Oborududu was invited to a national camp to take part in the African Games. In that event, she was greatly impressed with her performances at school inter-house wrestling competitions. That sparked the beginning of her career. A career that has seen her now become the woman that is currently ranked as the world number two woman wrestler and also the first wrestler to win an Olympic medal representing Nigeria at the Olympics. In addition to this, Blessing is also a ten-time African champion from 2010 to 2020.

What was a passion and purpose in the heart of Blessing, was anathema at first to her parents. Her parents were initially against her ambition to become a sport wrestler and advised her that wrestling is allocated only for boys. But for Blessing, passion beats opposition. In order to develop in the sport of freestyle wrestling, she idolised Canadian-Nigerian wrestler, Daniel Igali who was originally regarded as the first person from Nigeria to win an Olympic medal in wrestling.

Since Blessing’s ascent to the top of her category, she has stayed there and carved a niche for herself as a golden wrestler. She has won a gold medal at the African Wrestling Championships every year for the last 11 years, except for 2012 when she did not enter due to competing in the 2012 Summer Olympics. In that same Olympics, She competed but lost to Monika Michalik in the freestyle 63 kg event at the 2012 Summer Olympics in the round of 16. Two years later, however, she won the bronze medal in the women’s middleweight at the 2014 Commonwealth Games after defeating Chloe Spiteri. She won a gold medal for the women 63 kg category at the 2017 Islamic Solidarity Games. She won a gold medal at the Gold Coast 2018 Commonwealth Games in the 68 kg women’s freestyle wrestling event, defeating Canada’s Danielle Lappage.

She qualified at the 2021 African & Oceania Wrestling Olympic Qualification Tournament to represent Nigeria at the 2020 Summer Olympics in Tokyo, Japan. In June 2021, she won the silver medal in her event at the 2021 Poland Open held in Warsaw, Poland.

On 3 August 2021, she won the silver medal in the women’s freestyle 68 kg after losing to America’s Tamyra Mensah-Stock 4-1 at the 2020 Summer Olympics. She also became the first Nigerian to win an Olympic medal in wrestling. She also eventually won Nigeria’s first silver medal at the Tokyo Olympics.

This article was first published on 26th August 2021

Vicky Umodu who is a granny said God has given her everything she has asked for, there was no need to steal another person’s money. Read more about Discover Nigeria Nigerians in Diaspora have always defied the odds to prove that Nigeria is a nation filled with great and trustworthy people. The story of a … END_OF_DOCUMENT_TOKEN_TO_BE_REPLACED

There were no casualties recorded due to the driver’s bravery and courage. The Senate of the Federal Republic of Nigeria has recommended a brave tanker driver identified as Ejiro Otarigho to President Muhammadu Buhari for National Honour. In a bid to avert a tragic fire incident that would have cost numerous lives and properties, Mr … END_OF_DOCUMENT_TOKEN_TO_BE_REPLACED 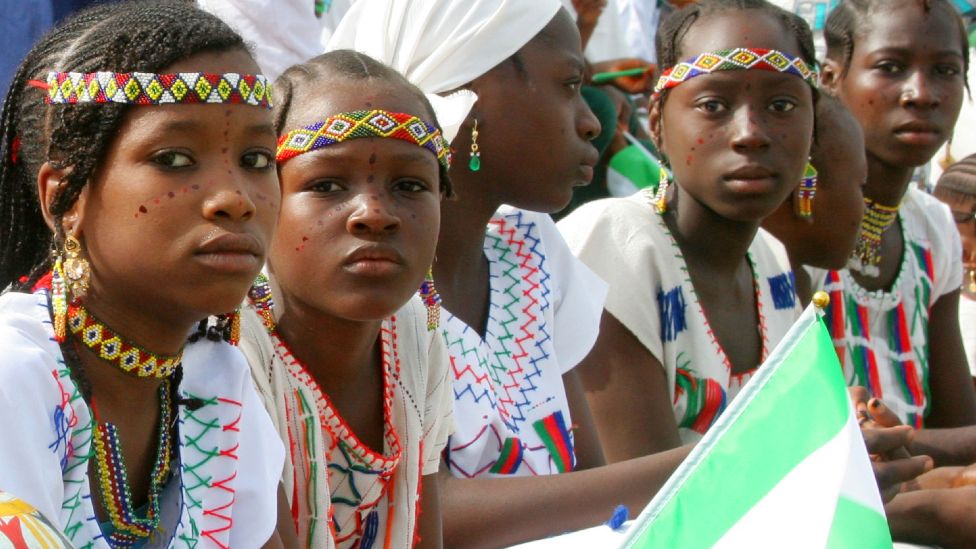 The fifth line of the first stanza of our national anthem reads, ‘The Labours of our heroes past, shall never be in vain!”. However, this evokes different thoughts in the mind of Nigerians when they sing this line of our anthem. Despite the setbacks of post-independence Nigeria, it’s important to recount some of the “labours … END_OF_DOCUMENT_TOKEN_TO_BE_REPLACED 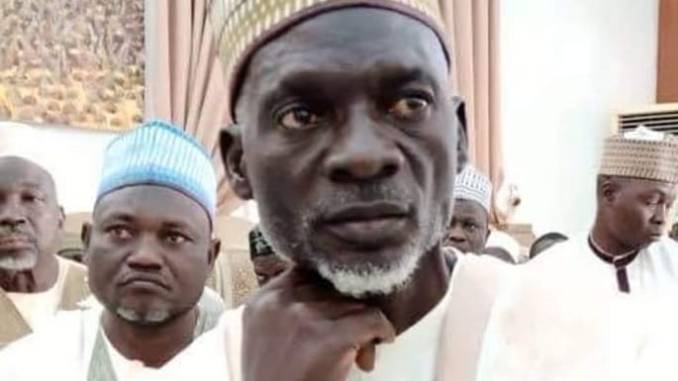 Mallam Mukhtar Gulma, the school teacher who sacrificed his life for his students in Federal government College Birnin Yauri, Kebbi state, is a hero by whatever standard you may want to choose or whatever definition you might like to adopt. A normal man with a sign of beyond normal courage, Mallam Mukhtar Gulma will be … END_OF_DOCUMENT_TOKEN_TO_BE_REPLACED