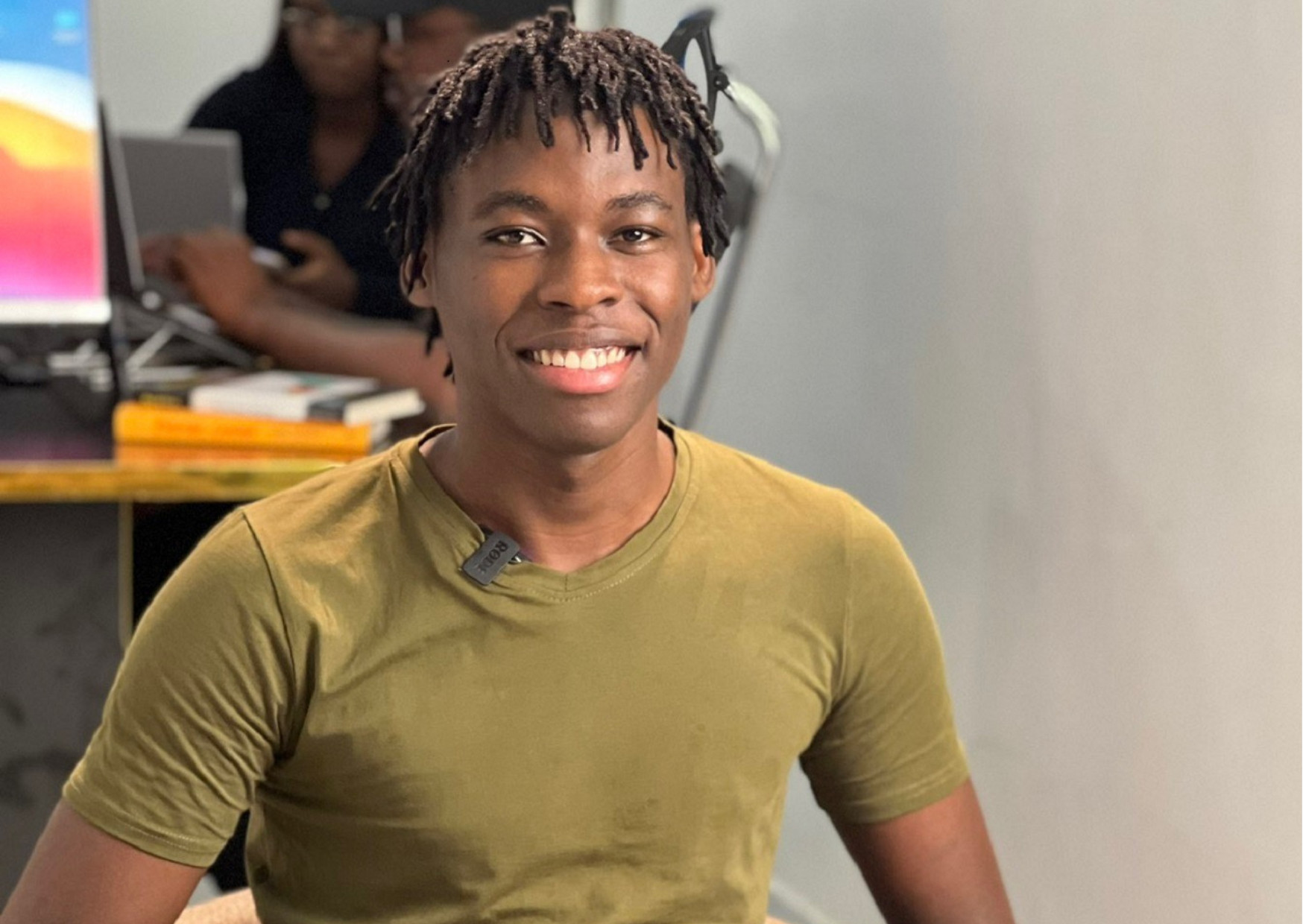 Njoku’s dream has always been to build an operating system like the American Bill Gates, or a social media platform like Mark Zukerberg. And has always aspired to be the African Mark Zukerberg. A dream people including his mother made jest of. Instead of becoming despaired, he began to ask questions and pored through every content on computer programming he came across.

Read more about Tech But this was not where it all began. In 2015, at 13, Njoku and his brothers were casually introduced to computer programming by their aunt, who was a robotic engineer. This seed planted about 7 years ago in Port Harcourt, inspired his decision to write code. A decision that didn’t sit well with his parents.

Njoku was born in 2002 to an engineer father and a school teacher mother. He was a mathematics whiz and has represented his school in many mathematics competitions,  to which he won several, and lost a few. So deep was his love for mathematics that he had a textbook on different mathematics topics.

In his Interview with Tech cabal, he mentioned that his father forbade them from using calculators to solve their mathematics homework. So Every calculation had to be done with the head.

Again, he learnt game development and started using C++ to build games since gaming was one of his favourite activities.

In 2017, he wrote his final secondary school exams and cleared all his papers, with A+ in mathematics and further mathematics. Like many Nigerian parents, Njoku’s parents wanted him to study medicine like his older brother. But he had already chosen to write codes as his career path.

Sign up for the Connect Nigeria daily newsletter Regardless of this, He got admission to study electrical engineering at Enugu State University of Science and Technology (ESUT) in 2018. His engineer father finally came to terms with his engineering study. Later he would drop out of school to pursue programming permanently.

In 2018, he joined Quiva Games, a gaming company based in Enugu, as an intern. At that time, he wasn’t spending much time in school which his father somehow found out and invited him home as a ploy to seize his laptop. After which he returned to school more disenchanted than ever.

When the COVID-19 pandemic hit, he spent 12 hours coding every day. This prompted his biggest break such that he got a job as a mobile application developer at Kwivar in march 2020. After a month at Kwivar, he got another offer as a blockchain developer at Project Hydro, a blockchain company based in the British Virgin Islands. There, he was paid $700 monthly in Hydro tokens.

His new job prompted his decision never to return to school. In September 2020, he left Kwivar to join Xend Finance, decentralised finance (DeFi) platform for credit unions, cooperatives, and individuals, backed by Google and Binance. He informed his parents about his new job benefits after which they made peace with his chosen career.

After Xend, he got an offer from MakerDAO, one of the biggest DeFi companies in the world as the first Nigerian engineer on the team.

Register to attend the Connect Nigeria Business Mixer After MakerDAO, more offers came. He got a contract offer from Instadapp, a DeFi protocol company, for $90 per hour. He then resigned from Xend Finance and was ready to make his mark on the global blockchain ecosystem and so he relocated to Dubai. More opportunities came especially the contract offer of $3,000 per week from Avarta, a blockchain security company based in Singapore. He joined them and built their entire blockchain infrastructure.

When he met Yele Bademosi, founder and CEO of Nestcoin, Yele became his mentor. And also reached out to him when he wanted to start Nestcoin. It was then that the idea of Lazerpay, a crypto payment company came. He forfeited everything including MakerDAO and his Maker token worth  $200,000. Also, he rejected a salary package worth over $300,000 from Avarta. Later he rejected both Avarta’s offer of $7,000 per month and $50,000 worth of Avarta tokens and $15,000 per month.

He was running with his new vision of becoming a great founder. Which he believed is worth more than everything he is doing. He co-founded Lazerpay, with Abdulfatai Suleiman and Prosper Ubi.

Since its launch in October 2021, it has received a lot of recognition as a necessary innovation that can accelerate crypto adoption in Africa. Not only is it solving payments for businesses but also provides them with easy access to decentralised finance (DeFi) features such as lending and staking.

Now, Emmanuel Njoku has grown from being an outstanding young engineer to a founder of one of the most prospective crypto startups in Africa. Though, his dream of becoming Africa’s Mark Zuckerberg may not have materialized. He is already writing his name on Africa’s sand of time.

The E-Commerce sector in Africa is growing rapidly with Nigeria’s social commerce market estimated to reach US$23.8 billion by 2028. This is why some startups are now delving into the sector to get a piece of the action. Recently a former payments company( Abeg) rebranded to a Pocket app to power both payments and online … END_OF_DOCUMENT_TOKEN_TO_BE_REPLACED

Technology helps make your business more efficient. It also enables you to engage with your customers and promote your business. Another thing it helps you do is to attract new customers, serve them and retain them. Many tech-driven solutions are available to help you attract new customers. However, there are some factors to consider before … END_OF_DOCUMENT_TOKEN_TO_BE_REPLACED

MAX.ng is one of the leading mobility players in the Nigerian and African mobility tech space. Since its inception, it has strived to combine its resources towards moving people and goods within Africa easily, efficiently and safely. But not without some challenges. First was the Lagos okada ban in the first quarter of 2020. Followed by … END_OF_DOCUMENT_TOKEN_TO_BE_REPLACED

An online community is a group of people who share a common interest or purpose and communicates via the Internet. Online communities are similar to those groups people belong to such as age grades, trade unions, and village groups except that it is not physical. Often, you can find some of these groups planning events … END_OF_DOCUMENT_TOKEN_TO_BE_REPLACED