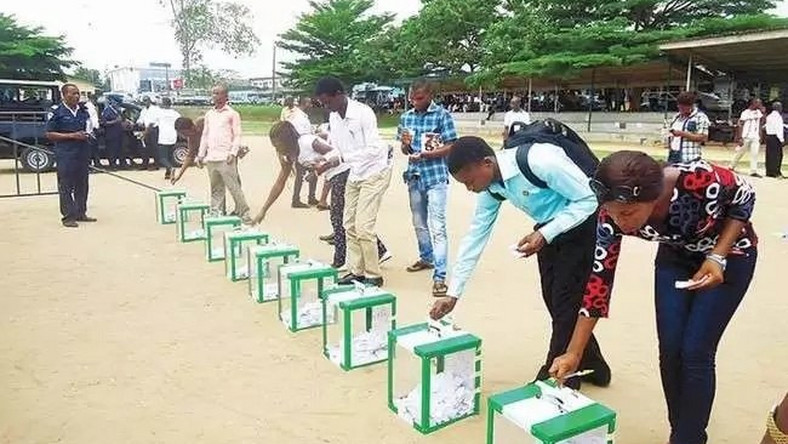 34
SHARES
ShareTweetWhatsappSave
Mail
Today we continue from the previous article. The Electoral College, though criticised even by some Americans of modern-day political thought, is a way by which each of the 50 states in the U.S can have a quota vote in choosing the U.S president. The allocated electoral college votes of a state have remained constant over the years, irrespective of its population growth. Read more about Politics This original plan designed by America’s founding fathers for electing a president is stated in Article II, Section 1, Clause 3 of the U.S Constitution providing the statutes for the electors voting-in a president. Those who wrote the constitution had several assumptions and anticipations in play. They idealised that the choice of the president should reflect the “sense of the people” at a particular time, not the dictates of a faction in a pre-established body such as Congress or the State legislatures, and independent of the influence of “foreign powers”. In the earliest times, the various state legislature-chosen electors are expected to use their discretion to cast their votes for their preferred presidential candidate, but it was noticed that there was intense lobbying for candidates who were not so popular with the people. Sign up to the Connect Nigeria daily newsletter Each chosen elector from the state cast two votes for the president, and whoever received a majority of votes from the electors would become president, while the person receiving the second highest votes becomes the vice president. The choice would be made decisively with a “full and fair expression of the public will” but also maintaining “as little opportunity as possible to tumult and disorder”. Years down the line of American democracy, the modus operandi for determining the electoral vote outcome at elections rounds of each state got better refined. It now has combined coordination of the state legislature and the state executive working together to deliver the states electoral college votes to the Congress for counting. In essence, a simple popular vote cannot guarantee victory for presidential elections. There are 538 electors in the Electoral  College and a minimum of 270 of the electoral votes are needed to win the presidential election. The presidential candidate with the most citizens’ votes receives all that state’s electoral votes. Each of the 50 states in the U.S has an allocated portion of the total of 538 electoral college votes. In modern times, the electors now cast their allocated vote based on the most citizen-voted presidential candidate in their states on December 15 and Congress officially counts the results on January 6 of every presidential election cycle. Featured Image Source: Taxaide Got a suggestion? Contact us: editor@connectnigeria.com

This article was first published on 15th February 2021

One thought on “Institutional Lessons From US Democracy: Electoral College (7)”

A Permanent Voters Card is something that every Nigerian desires to have right now. The General Elections in 2023 are less than a year away. Read more about Politics Here’s something you should know: the Continuous Voter Registration activity was launched by the Independent National Electoral Commission (INEC) in June 2021. This registration exercise is … END_OF_DOCUMENT_TOKEN_TO_BE_REPLACED

Following the resignation of Boris Johnson as Prime Minister of the UK on 7 July 2022, 46-year-old Nigerian-born woman, Kemi Badenoch among seven otherrs has been tipped to succeed Boris as Prime Minister. Similarly, other nominees who received at least 20 nominations to become the UK Prime Minister include Suella Braverman, Jeremy Hunt, … END_OF_DOCUMENT_TOKEN_TO_BE_REPLACED

Peter Obi believes Baba-Ahmed is reputable for the position of a vice president if he wins in 2023. Read more about News After weeks of deliberation and consultations, Nigeria’s Labour Party on Friday, July 8, 2022, unveiled Senator Yusuf Datti Baba-Ahmed as the running mate of Peter Obi in the 2023 presidential election. The unveiling … END_OF_DOCUMENT_TOKEN_TO_BE_REPLACED