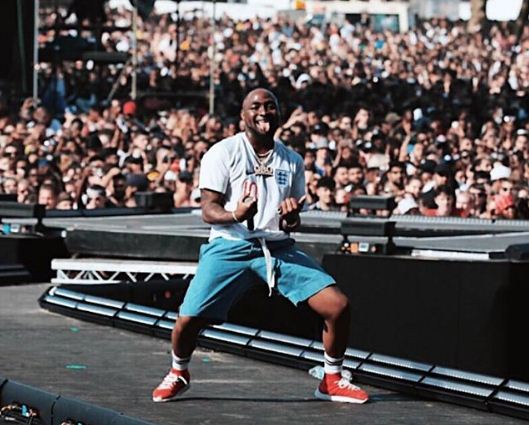 It is already common knowledge, that France beat Croatia in the finals of the 2018 FIFA world cup. By four goals to two, the French have the world cup trophy for the second time in its history. But did you also know that the country celebrated their victory with a live performance by Davido?

The Nigerian Afro-pop singer performed at the Afro-Punk Festival in Paris on Sunday the 15th of July. This was only a few hours after the victory of the country’s national team, Le Blues, in Russia. The event was densely packed with an excited crowd who had come to groove in celebration. Interestingly, the crowd was already conversant with the lyrics of many of Davido’s hit songs and gleefully sang along to ‘Aye’, ‘Skelewu’, ‘Dami Duro’ and other songs by the artiste.

The Afro-Punk Festival is an annual arts festival that celebrates black culture and community through music and other art forms. It originated at the Brooklyn Academy of Music (BAM) in Brooklyn, New York City in 2005. Since then, it has culturally expanded the festival across countries and has become a platform for diverse cultural showcases.

The festival took place in Paris between July 14 and 15. It was headlined by SZA, Mr Eazi, D’Angelo, Damien Marley and Davido.

See a clip of the performance below:

Nigeria occupies the 8th spot on the medals table. Nigeria’s medal haul in the ongoing 2022 Commonwealth Games in Birmingham, United Kingdom, increased to 13 on Thursday, August 4, 2022, after Team Nigeria added four medals. Three out of the four medals were won in Para Powerlifting while one medal came from Women’s Discus Throw. … END_OF_DOCUMENT_TOKEN_TO_BE_REPLACED

The Spanish-based stars were outstanding in Nigeria’s campaign at the continental showpiece. Read more about Sports Nigerian national women’s football team stars, Rasheedat Ajibade and Osinachi Ohale, have been named in the 2022 Women’s Africa Cup of Nations (WAFCON) Best XI. The duo was instrumental to Nigeria’s campaign at the tournament which saw them qualify … END_OF_DOCUMENT_TOKEN_TO_BE_REPLACED

In the space of one week, four Nigerian women have achieved feats that brought some form of respite to the nation in the midst of a tension-ridden political climate. Read more about Sports Asisat Oshoala set the ball rolling on the 21st of June, 2021 when she won the African Player of the year; her … END_OF_DOCUMENT_TOKEN_TO_BE_REPLACED