Are Entrepreneurs Born or Made? 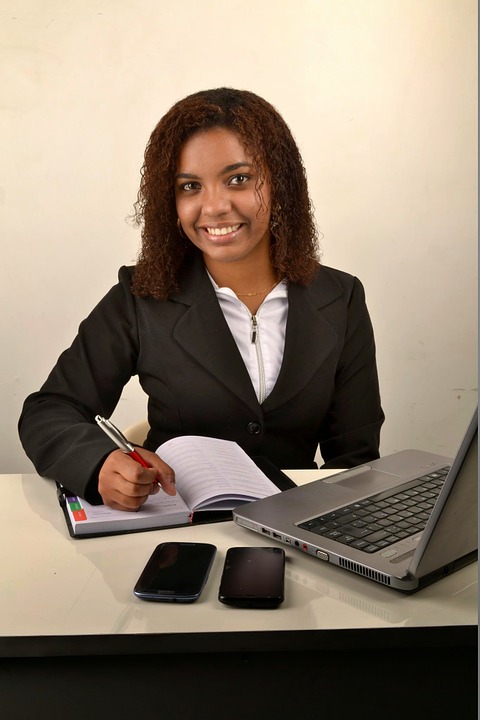 Are entrepreneurs the product of nature or nurture?

It’s the age-old question that triggers the unending battle of words between persons and groups of almost innumerable categories. It’s a favourite secondary school debate subject, a knotty matter always being picked and unpicked by business psychologists and MBA researchers, and a not too infrequent cause of loud back-and-forths with self-proclaimed eggheads at a local pepper-soup joint.

Yet, for all the answers provided to it, there’s still something new being said about the matter every day. New research crops up once in a while from some group of researchers at a university proclaiming to have finally confirmed that one is more important a factor than the other in forming the quintessential businessperson. Throw in the umpteenth school debate you’ve just heard on the subject, and you have enough to make you weary of all the talk.

But if for some reason you’re particularly interested in knowing what the answer to this question really is, you might want to ready yourself for a fairly convoluted trip down the tunnel of individual development. There’s no one-size-fits-all reply available- which is why the debate continues – but it’s not clear that there’ll ever be one anyway. The fact that our biological makeup and social backgrounds vary quite widely makes this more likely than not.

Just in case you’re wondering why this is even worth discussing, it’s important to remember why it’s such a frequently pondered issue. It sometimes appears that very successful entrepreneurs possess certain characteristics which ‘the average person’ doesn’t: lower aversion to risk, a stronger ability to spot the opportunities in problems or need gaps, and (perhaps) a knack for coming up with a creative way to tackle them.

In a nutshell, if we were to find out that there’s far more nature than nurture at work in the making of the top rate entrepreneur, we might want to be sure that we possess the right ‘genes’ before venturing out to take on similarly endowed people on the tough planes of the business world. And if it’s more about strategy and hard work, we’d like to understand what smart approaches have made the high flying entrepreneur stand out from the crowd.

Do Genes or Temperament Play a Role?

If you think genius is 3% inspiration and 97% perspiration, then you’ll probably dismiss the above question as silly. But don’t be so quick to laugh it off.

There’s evidence that temperament does play a role when it comes to conceiving of and building on business ideas. In the medieval four temperament classification, Cholerics are considered more likely to play an active role in running companies (compared to, say, Sanguines or Phlegmatics). And research referenced by Business Insider suggests that a number of the MBTI personality types are earning more income from their entrepreneurial pursuits than others.

But there are a number of important qualifiers to these examples. As we’ve already noted in an earlier article about introversion and entrepreneurship, even naturally reclusive people can be brilliant at building and running top notch companies. Think Bill Gates, Warren Buffet, Mark Zuckerberg and Larry Page, just to mention a few. The stereotypical image of the great businessman as a born small talking networker with braggadocio and a built-in can do mentality isn’t cast in stone.

We should also point out that some of the traits which good entrepreneurs have- like a pronounced sense of curiosity and higher risk tolerance –can be learned to a certain degree. It’s not certain that practice will make the naturally less curious person as awestruck and consumed by the subtle patterns in the world around him as one who has exploratory tendencies, but learning to be more attentive to little details could help all of us.

Thus, doing well at setting up and running a business has more to do with one’s attitude towards the world and their ability to make the most of what it ‘throws’ at them. Whether or not these features manifest as part of a particular temperament or not, is a secondary consideration. And that’s got to be good news for everyone.

The Role of Necessity

In developing countries, the decision to become an entrepreneur is tied to the question of survival. Would-be microscale businesspeople are, for the most part, not asking questions about legacy when they’re thinking about setting up shop. Their pursuits are literally inspired almost exclusively by their need to put food on their tables.

Maybe we should look at the quality of businesses produced by this sort of approach in the short, medium and long term. Perhaps necessity does drive people to excel at trades that they never thought themselves capable of engaging in. It could also be that it sets up a lot of persons for failure because they go into business thinking almost exclusively of making the profit while ignoring the fine details of craft and style that a more passionate involvement would have drawn them to.

In the end, customers will pay for the value you create. Whatever your motive for launching into the world of commerce, you’ll want to make your offerings the best that they can be for the market. Necessity could fuel your determination to make this happen. But you’ll need more than the threat of hunger to keep you churning out fantastic products and services. Otherwise, where will the desire to get better at what you do come from when you’re finally earning a really good income?

Temperament probably plays a greater role in determining who makes it big in business than many want to recognize. But nurture- or learning –does figure greatly too. This writer won’t be drawn on which one is more important; I suspect that’s probably the wrong question to be asking in the first place. The need to just survive can be a big factor in a country like ours, but it can only push you so far.

Let’s take a shot at positing an answer to the question posed at the start of this article: how about a combination of nature and nurture, nudged on by the sheer desire to stay up on this world? It’s not the most original answer you’d find, but it’s certainly as sensible a response as is currently available.

This article was first published on 21st January 2019

One thought on “Are Entrepreneurs Born or Made?”

Tersus Limited is a construction and engineering solutions company headquartered in the Victoria Island area of Lagos. They develop and improve buildings, roads, electrical systems, and drainage systems. They also offer mechanical engineering solutions in the transportation sector and deliver real estate projects for a diverse client base. Read more about Business As a multi-service firm, … END_OF_DOCUMENT_TOKEN_TO_BE_REPLACED

The E-Commerce sector in Africa is growing rapidly with Nigeria’s social commerce market estimated to reach US$23.8 billion by 2028. This is why some startups are now delving into the sector to get a piece of the action. Recently a former payments company( Abeg) rebranded to a Pocket app to power both payments and online … END_OF_DOCUMENT_TOKEN_TO_BE_REPLACED

Technology helps make your business more efficient. It also enables you to engage with your customers and promote your business. Another thing it helps you do is to attract new customers, serve them and retain them. Many tech-driven solutions are available to help you attract new customers. However, there are some factors to consider before … END_OF_DOCUMENT_TOKEN_TO_BE_REPLACED

In our previous article on whether we need more fintech startups in Nigeria, we stated various reasons innovators will continue building fintech startups. One of which is that the fintech sector is a free market where everyone is free to build their solutions. On that basis, more startups are already existing to provide services to … END_OF_DOCUMENT_TOKEN_TO_BE_REPLACED