Analysis: The Struggle To Install Lekki Toll Gate As A Memorial 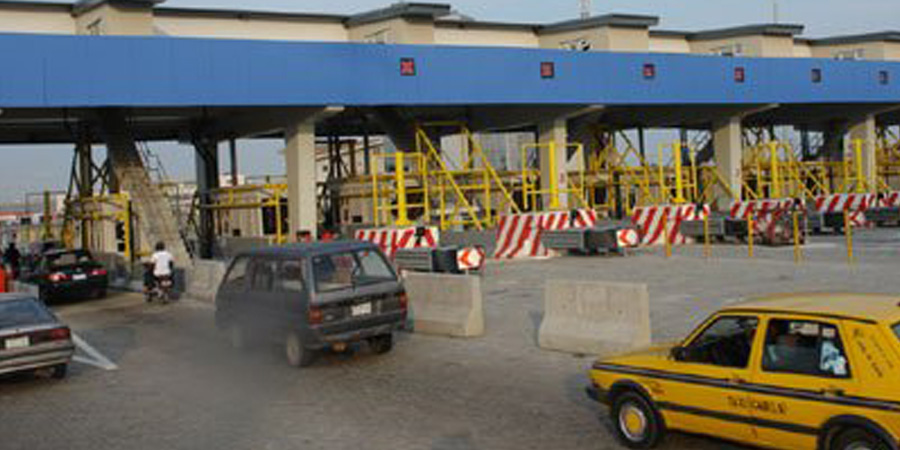 46
SHARES
ShareTweetWhatsappSave
Mail
Whether the powers that be liked it or not the Lekki toll gate has become a memento for remembering all of the victims of police brutality nationwide as well as the massacre at the toll gate on 20th October 2020. Read more about Politics In a renewed protest on 13th February, some protesters moved with the hashtag #OccupyLekkiTollGate to protest returning the property to the LCC by the Lagos judicial panel of inquiry into police brutality. Clearly, a lot of Nigerians have refused to let the memory of the Lekki event be erased or suppressed by this renewed defiance of the government. It is even more damning that the concessionaire approved to collect toll fees on the Lekki toll gate (Lekki Concession Company, LCC) and which has been culpable in the entire saga has now been granted leave to resume renovations at the site. The idea behind the #EndSARS 2.0 protests was strengthened when the judicial panel of inquiry slated to investigate all manner of police brutality, compensation for victims, and the Lekki massacre event decided to vote on the matter of repossessing, renovating and reopening the Lekki toll gate. Five of the nine sitting panel members voted in support of LCC repossessing the toll gate while four of its sitting members voted against. Sign up to the Connect Nigeria daily newsletter This was the reason some citizens feel justified that calls for a renewed occupation of the toll gate should be next for the movement. Ideally, it would not be proper that the LCC continue to earn revenue accruing from the toll gate as the judicial panel is still investigating the Lekki toll gate massacre event. On the other hand, it would be a slap on the memory of the souls lost as a result of the assault on protesting citizens by men of the Nigerian Police Force and the Nigerian Army; if tolls would start to be collected again at the site. Where would be the dignity of a nation supposed to protect its citizenry but chose to murder them in cold blood and unprovoked? Where is the humanity of our leaders and all those who benefit from the illegal and inflated tolls collected at the toll gate? In other advanced democracies in the world, wherever a gory event took place was turned into a memorial site to preserve the event in history. As the Lekki toll gate is a road, it cannot be closed down like other ground zeros. Still, it is horrible to continue tolling the Lekki-Epe expressway. As insinuations abound that the concession has already been bought back by the state government since the days of Babatunde Raji Fashola as governor of Lagos state (LASG), one wonders where all of the toll fees are going. The desperation by the LCC and LASG to restore the Lekki toll gate back as it used to be is only going to infuriate the youths who are already attached to the memory of what the toll gate is. It will also continue to insult the souls of those who fell on 20th October 2020 while stamping the government and security forces as non-respecter of human lives. Featured Image Source: The Guardian NG Got a suggestion? Contact us: editor@connectnigeria.com

This article was first published on 17th February 2021

The history of Nigeria’s independence struggle has featured popular names like Dr. Nnamdi Azikiwe, Chief Obafemi Awolowo, and Sir Ahmadu Bello. Other notable names include Sir Tafawa Balewa, Dr. Michael Okpara and S.L. Ankintola and a host of others. However, there are unsung heroes of the Nigeria independence movement, the Zikist Movement. The Zikist … END_OF_DOCUMENT_TOKEN_TO_BE_REPLACED

Peter Obi, a candidate for the Labor Party presidency in the upcoming 2023 election, has been described as a very private individual, especially when it comes to matters involving his family and business life. However, photos of his beautiful wife, Mrs. Margaret Obi, have surfaced on various social media platforms, making many wonders, who … END_OF_DOCUMENT_TOKEN_TO_BE_REPLACED As Nigerians draw close to the 2023 General Election, where they will go to the polling booths to elect their leaders to various levels of offices, it is important to note that not much has changed from the previous organized elections we have seen in the past. Elections in the past have been marred … END_OF_DOCUMENT_TOKEN_TO_BE_REPLACED On Sunday the 19th of June 2022, The Revival House of Glory International Church organised a conference themed “Navigating the Corridors of Power (The Church and Politics)”. As part of the conference’s programme of events, Mr Peter Obi and Hon. Vidiyano Bamaiyi was invited for a talk show to share their unique opinions on political … END_OF_DOCUMENT_TOKEN_TO_BE_REPLACED