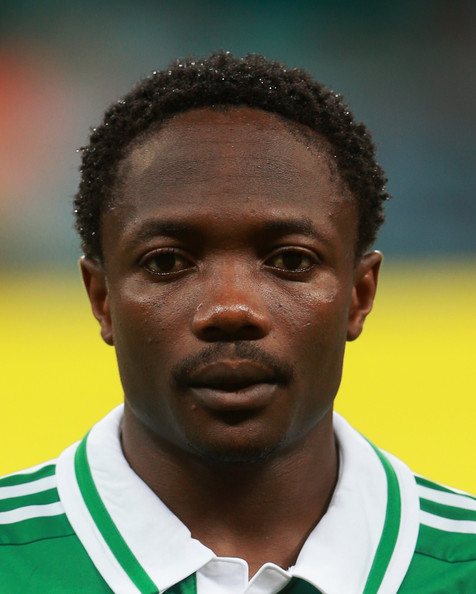 34
SHARES
ShareTweetWhatsappSave
Mail
CSKA Moscow midfielder, Ahmed Musa has been named the new captain of the Super Eagles. Super Eagles coach, Sunday Oliseh made the announcement on Tuesday in a build-up to his team’s upcoming double header against DR Congo and Cameroon in Belgium. Musa made his debut for Nigeria against Madagascar in Calabar in 2011 and he first captained the team in a friendly against South Africa in March. Reports emanating from Super Eagles’ camp in Belgium said Enyeama, who only arrived on Monday in the Belgium camp of the Eagles, was initially kicked out of the team’s hotel for supposedly questioning the rationale behind Oliseh sticking with Ahmed Musa as Eagles’ captain despite the return of more senior players like John Obi Mikel. Oliseh was reportedly irked by the veteran’s actions and ordered that the Lille goalkeeper leave the team’s camp in Belgium. Speaking through its official Twitter handle, the NFF confirmed that there was a minor ‘misunderstanding’ between the pair but also stated that the matter has been resolved and Enyeama was allowed to stay back in camp. “It’s true that there was a little misunderstanding in the camp of @NGSuperEagles, but the matter has been resolved.” @nff tweeted. Enyeama is yet to feature for Nigeria under Oliseh; he missed Super Eagles’ Africa Cup of Nations qualifier against Tanzania last month following the death of his mother. With the current turn of events, it is likely that the fans’ favourite may have played his last game for Nigeria. Do you think Sunday Oliseh made the right choice? Share your opinion in the comments section below.

This article was first published on 7th October 2015

Nigeria occupies the 8th spot on the medals table. Nigeria’s medal haul in the ongoing 2022 Commonwealth Games in Birmingham, United Kingdom, increased to 13 on Thursday, August 4, 2022, after Team Nigeria added four medals. Three out of the four medals were won in Para Powerlifting while one medal came from Women’s Discus Throw. … END_OF_DOCUMENT_TOKEN_TO_BE_REPLACED

The Spanish-based stars were outstanding in Nigeria’s campaign at the continental showpiece. Read more about Sports Nigerian national women’s football team stars, Rasheedat Ajibade and Osinachi Ohale, have been named in the 2022 Women’s Africa Cup of Nations (WAFCON) Best XI. The duo was instrumental to Nigeria’s campaign at the tournament which saw them qualify … END_OF_DOCUMENT_TOKEN_TO_BE_REPLACED

In the space of one week, four Nigerian women have achieved feats that brought some form of respite to the nation in the midst of a tension-ridden political climate. Read more about Sports Asisat Oshoala set the ball rolling on the 21st of June, 2021 when she won the African Player of the year; her … END_OF_DOCUMENT_TOKEN_TO_BE_REPLACED