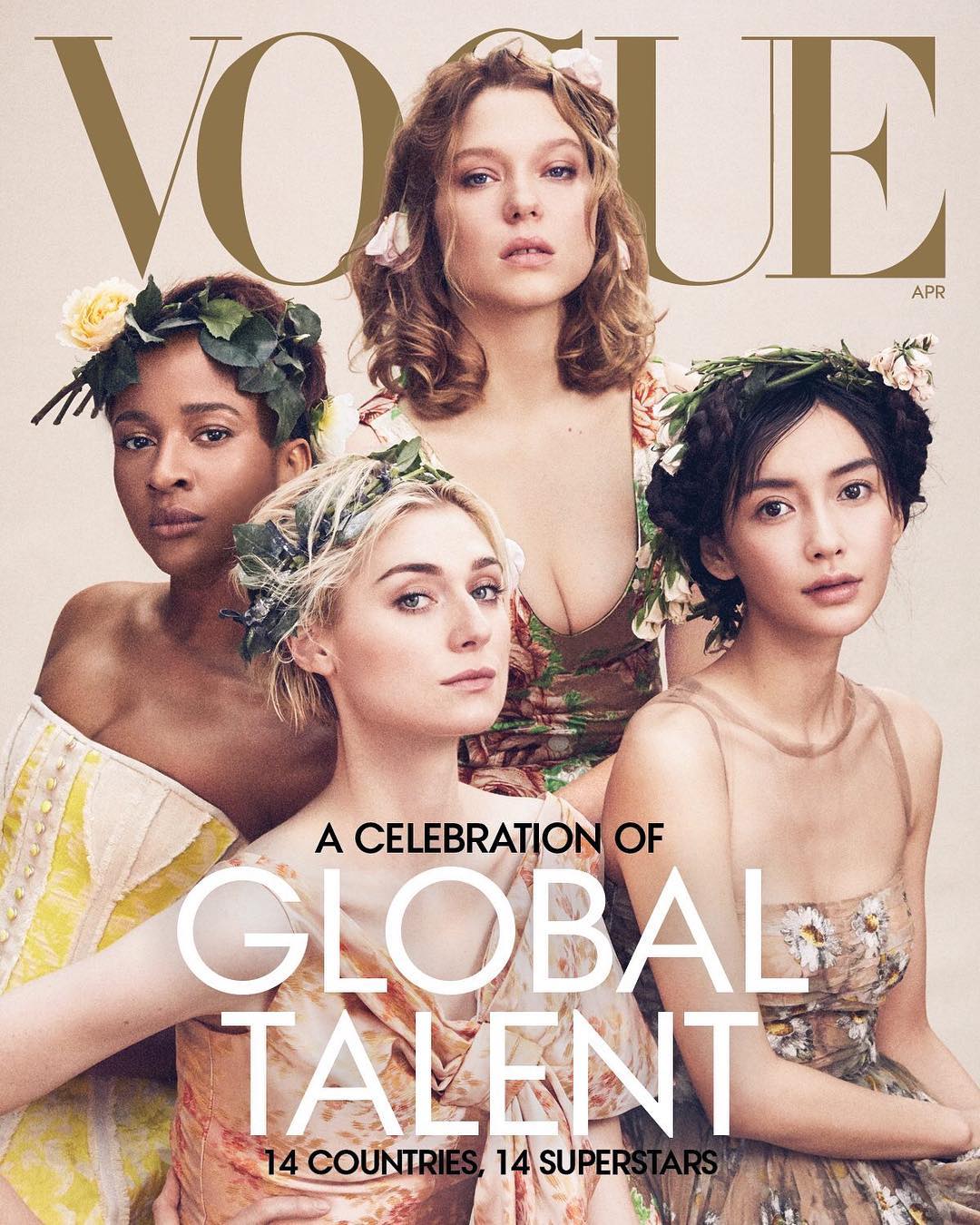 Award-winning Nollywood actress, Adesua Etomi, is one of the 14 global actresses featured in the April edition of Vogue magazine.

The April 2019 “Global” issue of the fashion and lifestyle magazine features 14 superstar actresses, some of the world’s most famous from Hollywood, Nollywood, and Bollywood, selected from 14 different countries including the Nigerian actress. The March 14 publication on the magazines website calls them “The Global actors who know no limits”

The actress said she was “Shocked” to receive the email, but made out time to visit the Vogue office in New York where she met the team, and further enlightened them about Nigeria’s fledgling film industry, as they knew very little about Nollywood. She said that the experience for her is one that will not be forgotten in a hurry.

“It’s imprinted in my history for all time and I think that’s really special.”

Adesua has featured in some of the most successful films in Nollywood, including the “The Wedding Party”, “The Wedding Party2“, “10 Days In Sun City” and “King of Boys“. She joined the Nigerian film industry in 2012, after quitting her job with the fashion arm of a big supermarket chain in the U.K. Within 6 years, she has featured in a good number of notable films, TV series and stage plays. She has won, among many other awards, the 2015 ELOY Awards for Actress of the Year – Big Screen, and 2016 Africa Magic Viewer’s Choice Awards for Best Actress in a Drama (Movie/TV series).

“I feel like she’s my baby, and it’s my responsibility, along with a lot of other performers, to grow her.”

This article was first published on 15th March 2019

One thought on “Adesua Etomi Adorns The Cover Of Vogue Magazine”

The week has ended and we have compiled a list of all the entertainment highlights of the week for you. Surely, it was a roller coaster ride, and what other fun way to get into the weekend groove than to bring to your remembrance all the stuff that happened in Nigeria since Monday of this … END_OF_DOCUMENT_TOKEN_TO_BE_REPLACED

Tems has established a presence as one of the biggest Afrobeats stars in global music. She has collaborated with international acts such as Drake and Justin Bieber. Read more about News Superstar singer TemiladeOpeniyi, popularly known as Tems made history on Sunday, June 26, 2022, at the Microsoft Theatre, Los Angeles, USA after emerging the … END_OF_DOCUMENT_TOKEN_TO_BE_REPLACED

The week has ended and we have compiled a list of all the entertainment highlights of the week for you. Surely, it was a roller coaster ride, and what other fun way to get into the weekend groove than to bring to your remembrance all the stuff that happened in Nigeria since Monday of this … END_OF_DOCUMENT_TOKEN_TO_BE_REPLACED

At the age of 26, Ckay has established his presence as one of the fastest-rising global acts in Afrobeats since ‘Love Nwantiti’ shot him to the limelight in 2021. Read more about News Nigerian singer and producer Chukwuka Ekweani popularly known by the stage name Ckay has made history after his hit track ‘Love Nwantiti’ … END_OF_DOCUMENT_TOKEN_TO_BE_REPLACED