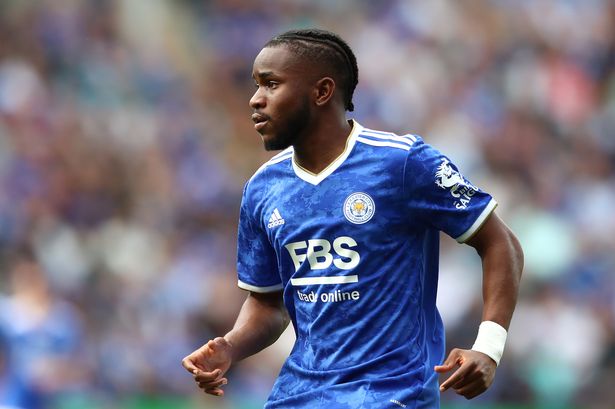 38
SHARES
ShareTweetWhatsappSave
Mail
Lookman might make his debut for Nigeria in the Qatar 2022 FIFA World Cup qualifiers two-legged playoffs against the Black Stars of Ghana in March. Leicester City of England star, Ademola Lookman, has expressed delight at the opportunity of featuring for the Super Eagles of Nigeria after FIFA cleared him to play for the three-time African champions. Read more about Sports Born to Nigerian parents in Peckham, London, on October 20, 1997, Lookman who is eligible to play for the English and Nigerian national football teams opted to play for the Super Eagles despite featuring for England at the age-grade levels which saw him win the 2017 FIFA U-20 World Cup with England. Confirming his switch to Nigeria, Ademola in an Instagram post said:

“Delighted to announce that FIFA has approved my Nationality switch. Thank you for the warm welcome and I can’t wait to put on the Super Eagles shirt and represent the country.’’

It will be recalled that the president of the Nigeria Football Federation, Amaju Pinnick, in a tweet on Thursday, February 10, 2022, confirmed that FIFA had cleared the English-born talent to feature for the Super Eagles. Sign up to the Connect Nigeria daily newsletter

“I’m also glad to announce that the work we’ve put in has ensured that on-loan Leicester City winger, Ademola Lookman’s application to change his nationality and represent Nigeria has been approved by FIFA,”

“Lookman was part of England’s title win at the 2017 U-20 World Cup & brings a winning mentality to our team. I can’t wait to see him make our Super Eagles that more formidable.”

Lookman who has featured for English sides like Charlton Athletic and Everton in the past is currently on loan at Leicester City from the German side, RB Leipzig. He is teammates with Super Eagles stars, Wilfred Ndidi and Kelechi Iheanacho, at Leicester. Sources: Instagram The Cable NG Featured Image Source: Dailytrust Got a suggestion? Contact us: editor@connectnigeria.com

This article was first published on 13th February 2022

Nigeria occupies the 8th spot on the medals table. Nigeria’s medal haul in the ongoing 2022 Commonwealth Games in Birmingham, United Kingdom, increased to 13 on Thursday, August 4, 2022, after Team Nigeria added four medals. Three out of the four medals were won in Para Powerlifting while one medal came from Women’s Discus Throw. … END_OF_DOCUMENT_TOKEN_TO_BE_REPLACED

The Spanish-based stars were outstanding in Nigeria’s campaign at the continental showpiece. Read more about Sports Nigerian national women’s football team stars, Rasheedat Ajibade and Osinachi Ohale, have been named in the 2022 Women’s Africa Cup of Nations (WAFCON) Best XI. The duo was instrumental to Nigeria’s campaign at the tournament which saw them qualify … END_OF_DOCUMENT_TOKEN_TO_BE_REPLACED

In the space of one week, four Nigerian women have achieved feats that brought some form of respite to the nation in the midst of a tension-ridden political climate. Read more about Sports Asisat Oshoala set the ball rolling on the 21st of June, 2021 when she won the African Player of the year; her … END_OF_DOCUMENT_TOKEN_TO_BE_REPLACED