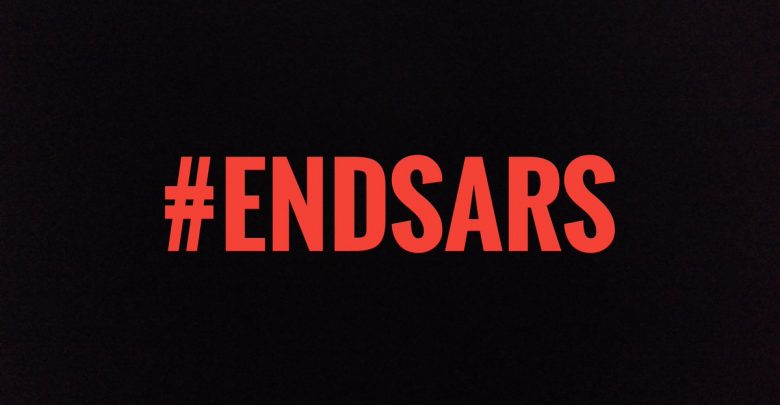 The #EndSARS movement got a rebirth on Sunday, 30th March, when a young man named Kolade Johnson was hit by a stray bullet fired by men of the Special Anti-Cultism Squad (SACS) around the Mangoro/Onipetesi area of Lagos State. The gentleman was said to have been watching a football match in a bar when the SACS men came in to bundle another gentleman wearing tinted hair. In the ensuing protest that the other man must not be taken away, a SACS officer fired randomly and a bullet hit him. Quite strangely, it is beginning to seem like having unusual hairdo is an invitation to be harassed and arrested by any law enforcement who does not feel comfortable with the trend.

Unfortunately, we make a lot of noise whenever there are cases of police brutality but quickly forget shortly after the fatality. We move on. It is simply abnormal that the police and other law enforcement officials, whose duty it is to protect citizens, actually end up killing citizens in their intoxication with power.

After the series of events which triggered the #EndSARS protests in 2018 in 2018, a couple of short-term changes were made in the police order. Special Anti Robbery Squad (SARS) state commands were relocated to the police headquarters in Abuja from their respective states. This move ensured that the SARS state commands were directly monitored and answerable to the office of the Inspector General of Police (IGP). However, shortly after the new IGP took over, the command was strangely returned to the status quo, without any reason or explanation whatsoever.

One major development after the #EndSARS campaign in November was the action by the Senate to work on a new law that will effectively reform the police. A committee was set up and headed by Deputy Senate President Ike Ekweremadu. However, nothing tangible has been made known to the public on this case, despite promising that the police reform process will be fast-tracked. Perhaps, the effort to undertake the reform met a brick wall by some lawmakers and even lobbyists who felt that reforming the police would reduce their capacity to use and deploy it for their selfish interests.

There is no doubt that the same politicians who the citizenry expect to work on police reforms will sometimes find themselves having a conflict of interest in doing so just because they also have selfish reasons.

Many Nigerians saw to what extent the police were deployed in either enforcing illegalities or ignoring their responsibilities during the recently concluded elections nationwide. We witnessed events and instances where Nigerians who just wanted to exercise their franchise got murdered in cold blood. The incentive to leave the police, as is, and allow it to rot away the more, could actually be one of the unspoken but desirable goals of these politicians who clamour to represent us at every election cycle. Who then is left to protect the interest of the common man who has neither a police orderly/armed escorts nor a band of security servicemen who will gladly take a stray bullet in their place?

Now that another needless death has resulted from this mounting chaos, are we still going to fold our hands while we wait hoping the legislature could at least work on reforms even if the executive arm of government turns a blind eye?

The 8th Assembly will wrap up in less than two months; we may need to ask our representatives in parliament if substantial work can be done on the Police Reform Bill before the end of their term in office. Are we confident enough that the bills-shy President Buhari will be courageous this time to sign the bill as well as other very needed but pending bills if they are sent to him for assent? Will the police authorities set about a major reshuffle of protocol and internal reforms after this event?

The legacy of our current crop of politicians who self-style themselves as astute leaders and are propped by non-existent integrity hangs limply if they cannot deliver on these basics.

The citizenry, however, must not fold their arms and stare cluelessly. Every voice lent to claiming back democratic ideals and good governance is crucial in times such as these.

This article was first published on 3rd April 2019

A Permanent Voters Card is something that every Nigerian desires to have right now. The General Elections in 2023 are less than a year away. Read more about Politics Here’s something you should know: the Continuous Voter Registration activity was launched by the Independent National Electoral Commission (INEC) in June 2021. This registration exercise is … END_OF_DOCUMENT_TOKEN_TO_BE_REPLACED

Following the resignation of Boris Johnson as Prime Minister of the UK on 7 July 2022, 46-year-old Nigerian-born woman, Kemi Badenoch among seven otherrs has been tipped to succeed Boris as Prime Minister. Similarly, other nominees who received at least 20 nominations to become the UK Prime Minister include Suella Braverman, Jeremy Hunt, … END_OF_DOCUMENT_TOKEN_TO_BE_REPLACED

Peter Obi believes Baba-Ahmed is reputable for the position of a vice president if he wins in 2023. Read more about News After weeks of deliberation and consultations, Nigeria’s Labour Party on Friday, July 8, 2022, unveiled Senator Yusuf Datti Baba-Ahmed as the running mate of Peter Obi in the 2023 presidential election. The unveiling … END_OF_DOCUMENT_TOKEN_TO_BE_REPLACED