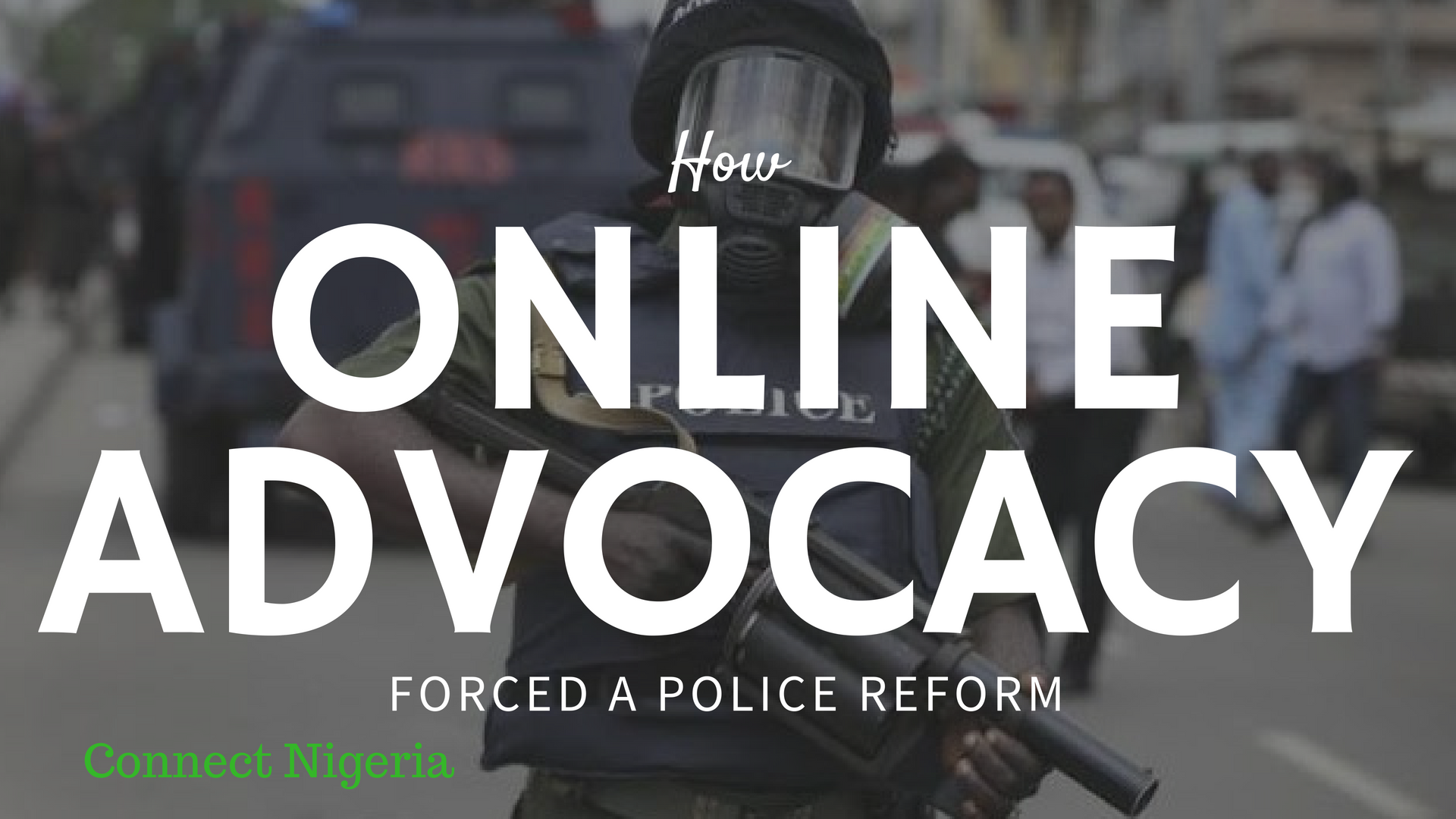 25
SHARES
ShareTweetWhatsappSave
Mail
The Nigerian Police Force (NPF) has long been a canker-worm in the Nigerian polity. From allegations of bribery, extortion, indiscriminate shootings, extrajudicial killings, to unique patterns of abuse, it has been a tale of woes for citizens. Many past presidents have tried reforming the police, mainly for personal reasons, and the effort have all proved abortive.

Cue the Federal Special Anti-Robbery Squad (F-SARS), a special division in the police created to nip armed robberies in the bud – they suddenly started chasing youths into their early death. Operatives jumped around heavily armed and in unmarked vehicles like hardened criminals themselves; indiscriminately stopping and searching citizens and carting them away, if they were not able to fritter money away from their victim. Many of their ‘kidnapped’ victims have never been found afterwards as many of these were known to be executed summarily in the “abbatoir” even before getting a fair representation or trial at court. The statutes of human rights dictates that even criminals should be given fair hearing if they get apprehended.

Such illegal atrocities by a police unit which should largely be intelligence-based and tactical when deployment is necessary, can never be over-exaggerated. A unit supposed to be preventing what they now boldly perpetuate soon caught the eyes of the public. The public used platform of social media to assemble effort and it has been a tug of war since then, some protesting in favour of SARS. However, a movement called #EndSARS on Twitter made all the difference. Starting with a hashtag and pushed by several terrible tales of human rights abuses by these officers, the movement soon began trending on Twitter until it got world attention. Amnesty International’s Nigerian office added one of the earliest known nationwide/international voices to the campaign too, yet it didn’t attract major international media attention. But when Segun Awosanya together with a group of concerned individuals under Citizen Gavel banner intensified effort to run an online petition which gathered close to 50,000 signatures of individuals complaining about SARS, the matter could no longer be avoided by the ranks of the Federal Government and the National Assembly. Vice President Osinbajo, in acting capacity as President as at 14th August, gave an express order to the Police Inspector General that the Special Anti-Robbery Squad must be reformed immediately, as well as allegations investigated by the National Human Rights Commission. That did not just happen without it becoming imminent that a class action suit was going to be filed against the government. This development became a widely celebrated move which has reverberated across the police ranks and it was soon ranked as one of the best moves by the present administration, even though it came very late. In retrospect, I do not think it is proper for agitation to be pushed that far before such grave concerns are attended to. It is a duty of government, at all times, to protect the interests of its citizens, whether high or low.

First of its kind

It will go on record that this is the first pressure group initiative which began online in Nigeria and was able to record at least a minimal degree of success at reform level, and without any bloodshed culminating from its advocacy. It is a reflection of the fact that deep and well managed online pressure initiative can be successful if they were pushed systematically by selfless and organized individuals with the support of a majority. We may say it is a sign that our democracy is growing and deepening further in its stylistics. It is a matter portending a good omen and we should celebrate it, no matter how minimal the success so far.

This article was first published on 27th August 2018

A Permanent Voters Card is something that every Nigerian desires to have right now. The General Elections in 2023 are less than a year away. Read more about Politics Here’s something you should know: the Continuous Voter Registration activity was launched by the Independent National Electoral Commission (INEC) in June 2021. This registration exercise is … END_OF_DOCUMENT_TOKEN_TO_BE_REPLACED

Following the resignation of Boris Johnson as Prime Minister of the UK on 7 July 2022, 46-year-old Nigerian-born woman, Kemi Badenoch among seven otherrs has been tipped to succeed Boris as Prime Minister. Similarly, other nominees who received at least 20 nominations to become the UK Prime Minister include Suella Braverman, Jeremy Hunt, … END_OF_DOCUMENT_TOKEN_TO_BE_REPLACED

Peter Obi believes Baba-Ahmed is reputable for the position of a vice president if he wins in 2023. Read more about News After weeks of deliberation and consultations, Nigeria’s Labour Party on Friday, July 8, 2022, unveiled Senator Yusuf Datti Baba-Ahmed as the running mate of Peter Obi in the 2023 presidential election. The unveiling … END_OF_DOCUMENT_TOKEN_TO_BE_REPLACED