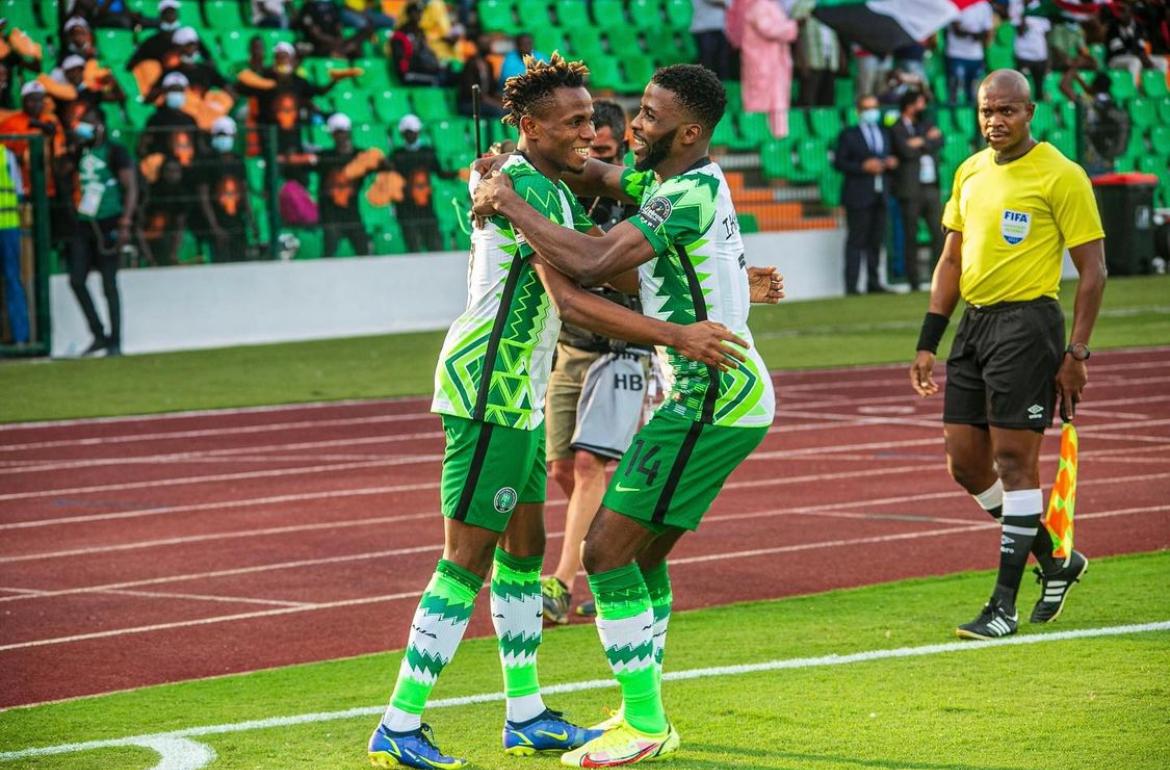 Nigeria qualified for the second round of the tournament with a game to spare.

The Super Eagles of Nigeria booked their ticket into the knockout round of the 2022 Africa Cup of Nations in Cameroon after beating the Falcons of Sudan 3-1 in their second group game held at the Stade Roumde Adjia, Garoua. Strikes from Villarreal of Spain forward Samuel Chukwueze, Union Berlin of Germany star Taiwo Awoniyi, and Nantes of France man Simon Moses, was all the Austin Eguavoen led Super Eagles squad needed to book a place into the knockout round of the 33rd edition of the continental showpiece.

Nigeria started the game brightly against the North Africans and scored an early goal to boost their confidence as they continue the quest for a fourth African title.

Simon Moses who commanded a man-of-the-match performance scored the third goal in the 46th minute after dribbling past the Sudanese defence with Taiwo Awoniyi serving as a perfect block for him to penetrate through the defence of the Falcons. Sudan would pull one back, courtesy of a 70th-minute penalty converted by Walieldin Khedr, but never proved to be any threat for the three-time African champions.

The win meant the Super Eagles maintained their place atop Group D with six points mindless of the outcome in the game between Egypt and Guinea Bissau. Nigeria’s last group game of the tournament is scheduled to hold on Wednesday, January 19, 2022, against Guinea Bissau.