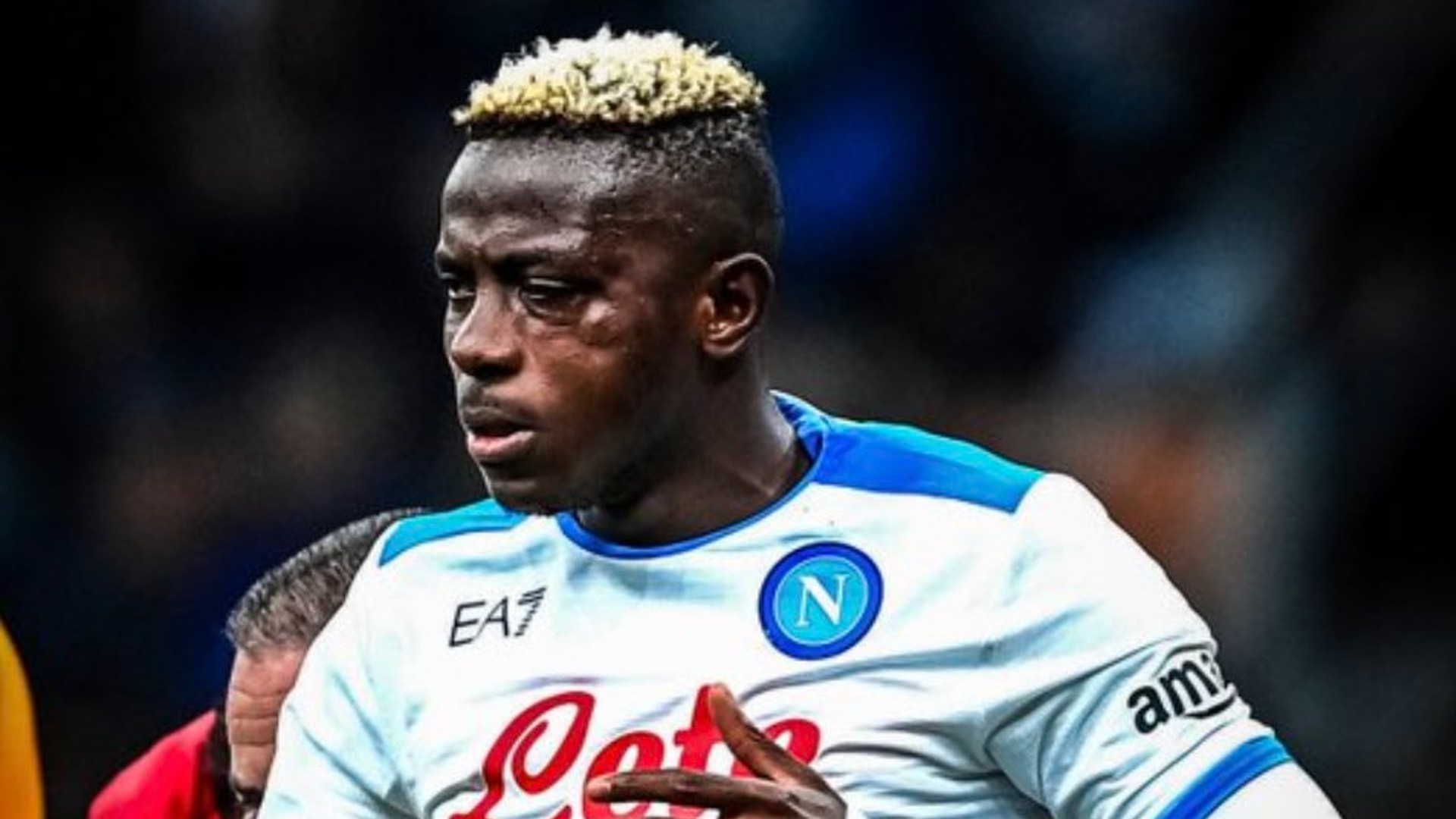 The chances of the Super Eagles clinching the 2022 Africa Cup of Nations in Cameroun suffered a big blow after SSC Napoli of Italy striker Victor Osimhen was ruled out of the continental showpiece through an injury sustained while playing in the 3-2 defeat to Inter Milan in the Serie A on Sunday, November 21, 2021.

Osimhen collided with Inter defender Milan Skriniar while trying to head an Irving Lozano cross in the Inter box on Sunday. Both players would require medical attention, but Osimhen’s situation was worse and he had to leave the pitch just ten minutes into the second half with a swollen black-coloured face. The collision had affected the cheekbone and eye socket of the former Lille man and surgery was carried out on Tuesday to determine the extent of the injury and when he would be back on the field of play.

Napoli in an official statement after the surgery revealed that Osimhen would not be available for selection for the next three months, ruling him out of hostilities in Cameroun.

“On Tuesday morning, Victor Osimhen was operated on his cheekbone and eye socket by Gianpaolo Tartaro, who was assisted by Dr Mario Santagata with Dr Raffaele Canonico also present.  Titanium plates and screws were used in the operation. The player is doing well and will remain under observation for the next few days. Osimhen is expected to return to action in three months.”

Coach Gernot Rohr will look towards finding a perfect replacement for the Napoli man who has found the back of the net nine times in his last ten games for the 2013 AFCON champions.