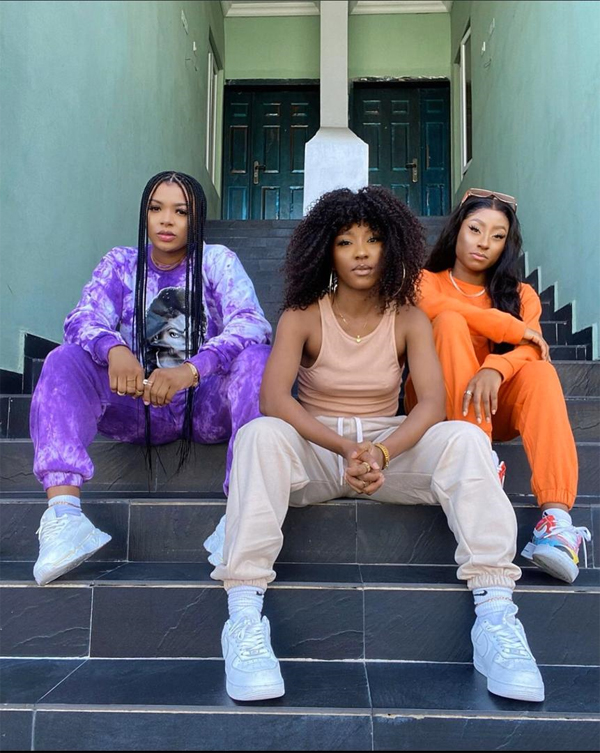 The Girls Got Bold (GGB) dance crew is a pop dance group made up of young female dancers, namely Ifeoma Efiokwu (E4MA), Roseline Afijie (Liquorose), and Emmanuella Odiley (Ellaley). The group was formed in 2014 when Clarence Peters, a prominent Nigerian video director, invited them individually for a video shoot. The three artists met there and agreed to establish a crew.

Since then, they’ve appeared in several music videos, collaborating with prominent artists and directors like Sesan Ogunro, Unlimited LA, Clarence Peters, Adasa Cookey, TG Omori, Mavin Records, P-Square, and Cynthia Morgan, to name a few. They’ve also appeared in an advertisement for the ruling party, the All Progressive Congress (APC). Globacom, The Big Boss Pizza, TomTom, Smoove, Pepsi, and Infinix are among the corporate brands with which they have collaborated.

Ifeoma Efiokwu, popularly known as E4ma, is a dancer and content creator who hails from Delta State. She had her big break at the Malta Guinness Street Dance Contest where she became a semi-finalist and the Maltina Dance All Family Contest. E4ma is a graduate of Political Science at the University of Benin. Her official Instagram handle is @e4ma_ She has over 808k followers on the platform.

Liquorose, also known as Afije Rose Omokhoa, is a Nigerian entertainer and professional dancer who was born on March 31, 1995, in Lagos State, Nigeria. She is a native of Edo State in Nigeria and a University of Lagos graduate. Her Instagram handle is @Liquorose and she has over 1 million followers on Instagram.

Emmanuella Odiley whose stage name is Ellaley is a graduate of the University of Lagos. She has an active Instagram account where she regularly posts dance videos of her and her crew members. She has over 400,000 followers on Instagram.

With over 400,000 followers on their collective Instagram page, the GGB dance crew has the paved way for many talented individuals, especially dancers, who are eager to showcase their talents via social media and other platforms.