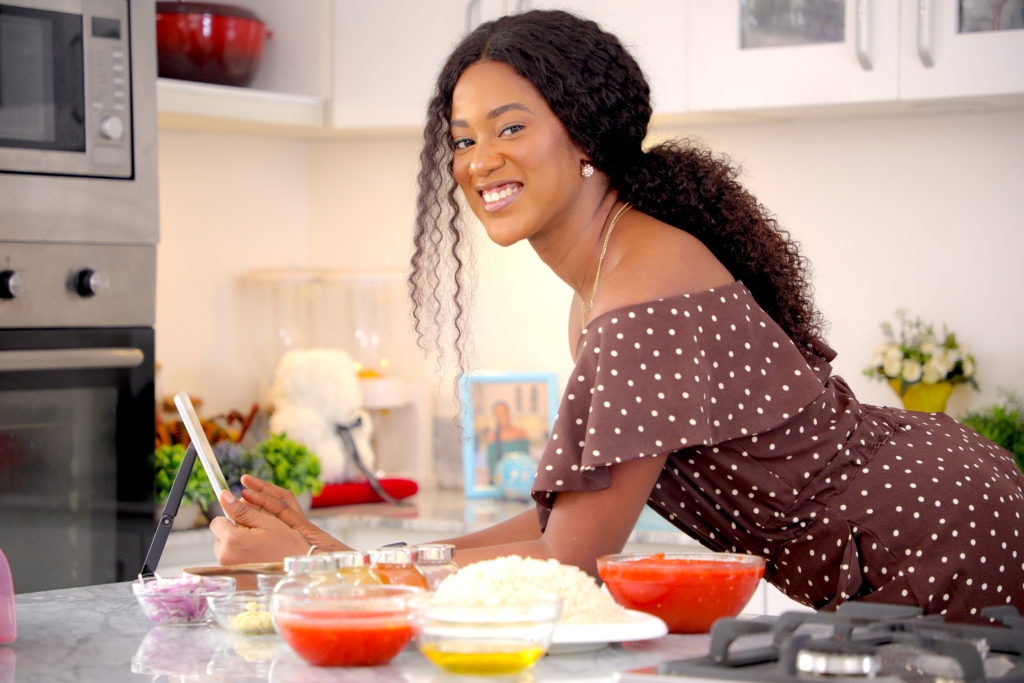 If there is anyone who can make you fall in love with cooking and the culinary arts, it is Winfred Emmanuel. With over 500,000 subscribers on Youtube, Winifred has earned a spot in the hearts of many who love African delicacies and recipes. This is due to both her captivating personality and her knowledge of various delicacies.

Who Is Winifred Emmanuel?

Winifred Emmanuel is the founder of Zeelicious Foods, a Youtube channel that shows you how to prepare various mouth-watering dishes. Before her foray into the culinary world, Winifred was like young average Nigerian youth, fresh out of college, and eager to embrace the 9 to 5 lifestyle and make money. She had just graduated with an Economics degree from the University of Lagos and was participating in the National Youth Service Corps (NYSC).

However, her priorities changed after she was introduced to a program about entrepreneurship known as SAED while serving as an NYSC member. Speaking in an interview, she said,

“We were to choose a particular skill and learn. My friends went into hair-making, and make-up, but I wasn’t interested. Something in me just said I should go into the catering class, so I went there and I was interested in what I learnt. I had always loved to cook before camp, but after camp, I got the motivation to go into it fully. I would post some food online and I found out that people would ask me for the recipe, the ingredients, so I decided to run a food blog.”

According to her, she started her food blog in the hopes of having a cooking TV show someday; however, she found it difficult to make this idea a reality. YouTube was a platform that was free, it is still free for anyone to join.

“When I discovered YouTube, I felt that was the platform I have been waiting for since TVs are not coming for me because they don’t believe in me. I created a channel on YouTube and created content that has to do with culinary art. I put out tutorials, and amazingly when I started, the goal I set for myself was to get 5,000 subscribers. But in months, we got 50,000 subscribers and in one year, we were in 100,000,”

Thanks to this relatively overnight success, Winifred has gained the momentum to venture into other territories. She plans to increase her reach via other platforms in the nearest future.