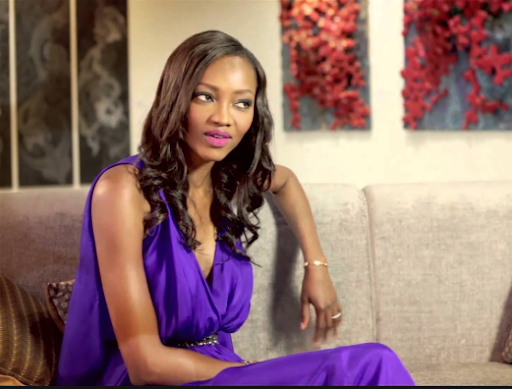 Oluchi Onweagba-Orlandi was born on 1st August 1980. She is a Nigerian model based in New York City. Growing up in the suburbs of Lagos, she won “The Face of Africa” contest at the age of 16.

Onweagba grew up in the suburbs of Lagos, Nigeria, with her two brothers and sisters. She is the daughter of a civil servant father and mother who was a nurse. At sixteen, she was urged by a family friend to enter into the M-Net “Face of Africa” preliminary screening at the M-Net office in Victoria Island, Lagos.

The agency groomed her to be one of Nigeria’s entrants for the 1998 competition (now called the Nokia Face of Africa). This was despite the fact that, growing up, she had maintained a relative ignorance towards fashion and modelling.

With the support of her family and friends, she decided to compete in the inaugural edition of the Face of Africa in 1998. This was the first-ever continent-wide model competition, organized by the South African channel M-Net in collaboration with Elite Model Management. She won the competition.

After moving to New York City, where she still lives, she began appearing in editorials for American and Italian Vogue, Harper’s Bazaar, Marie Claire, Allure, Nylon and W. Oluchi has appeared on the covers of Italian Vogue, Elle, i-D, Pop, Untold, and Surface.

Beyond modelling, Onweagba tries to serve as a role model for other aspiring talents in Nigeria, especially young girls. She volunteers her time and her image for such NGOs as LEAP Africa (an entrepreneurship incubator) and NIPRO. She also is continuing her higher education, having studied for an associate degree in the New York City educational system.

After her three-year contract with Elite expired, Onweagba signed with DNA Model Management. She has appeared in the Sports Illustrated Swimsuit Issue three times.

In 2008, she launched a modelling agency in South Africa, OModel Africa, with offices in Johannesburg and recently in Cape Town. The 2008 winner of M-Net Face of Africa, Kate Tachie-Menson, was awarded a US$50,000 modelling contract by OModel Africa. She was the host and head judge of Africa’s Next Top Model in 2013.

In 2006, Onweagba married Italian fashion designer Luca Orlandi. They were friends for a very long time before they got married. They have two sons and reside in New York. Their son Ugo Ugochukwu has been active in Kart racing.