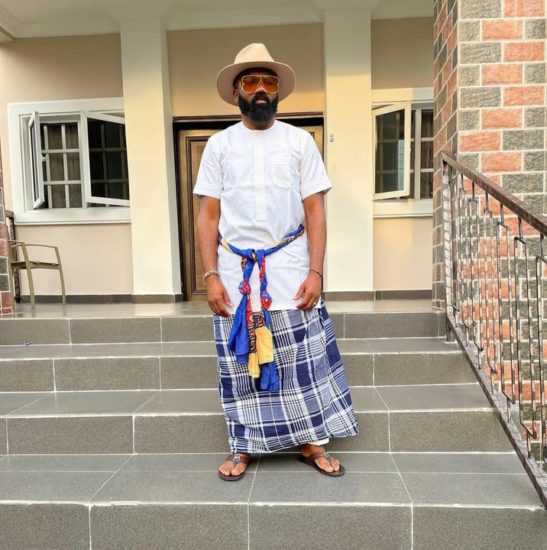 Local entrepreneurship is not something that gets a lot of good rep even among Nigerians. We do not rate our own for the most part so, talent when it actually shows does not get noticed. Aba has suffered from this notion for the longest time and though it can be viewed both ways, what is frustrating about the city’s reputation does not deserve much of the panning it gets.

Aba is historically known for the craftsmanship of its people and that tradition has stayed with the people in spite of how much the city has deteriorated. Today, Aba is especially known for its output In the way of clothing especially. People from Cameroon and Gabon come to Ariaria to get wares of all sorts. So imagine, the relief that greets the news that one of the more illustrious sons of the east uses his platform to endorse Aba made products in some way.

In the past week, Noble Igwe became #MadeinAba ambassador on the behest of the Abia State government. The super-influencer has been known to be one of Nigeria’s more stylish men and the co-sign will do a whole lot for the city of his birth.

Interestingly, the Abia State government under Ikpeazu has had the mantra “#MadeInAba since 2015. No doubt, Noble’s big reputation will give the campaign a big boost. Noble played a prominent role in the recently concluded maiden version of the Aba Fashion Week so it was only natural that this happened eventually.

The city still has a great infrastructure and regulatory deficit that will conspire to frustrate any PR campaigns that stakeholders think would upgrade the city’s image. Aba desperately needs to be cleaned up as waste management is almost non-existent. The roads almost do not exist. If any campaign will work, these must be fixed first. However, the appointment of Noble Igwe is a welcome development.