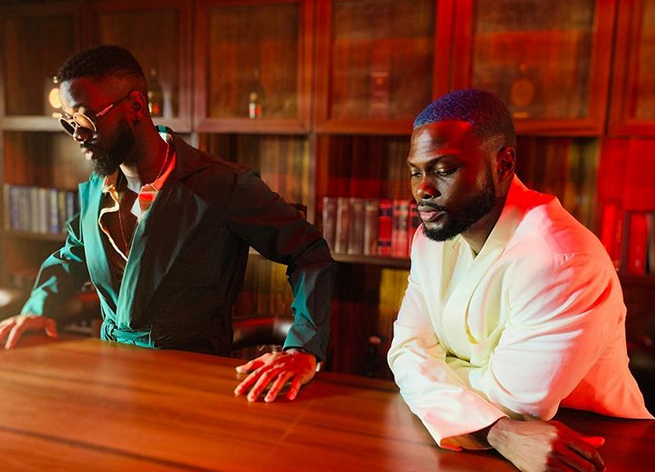 The illustrious Nigerian producer, Sarz and enigmatic singer Wurld, collaborated to create the project our song of the week is couched in. I Like Girls With Trobul, the album with SADE listed as track 5, was released on the 8th of November. Proceed with caution. Not every song on I Love Girls With Trobul is safe to write home about, but the soft, clean and sensual flow of SADE is enough to get you swaying, and leave you wanting more when it’s over. In SADE, Wurld talks about a girl he frustrated into leaving, and even though the song is made up of more instrumentals than music, the languid vibe it projects makes it a pleasant experience.

Read more about other Songs of the week

Sadiq Onifade, AKA Wurld, is a Nigerian-American singer and songwriter. The 32-year-old has been building his brand since he moved to Atlanta for secondary education. It was in Atlanta he fell in love with music. His statements in an Okay Africa interview revealed:

“I grew up in a Mushin area, my mum was a trader and used to carry me on her back to the market. She was into different types of trading, from having a food store to a textile business.”

Since he ventured into music, the depth of Wurld’s experiences have fed the quality and emotion of his music. His collaboration with Sarz is not the first project he has worked on with a Nigerian artiste. In 2015, he appeared on the public’s radar with Show You Off, a song that was produced by Walshy Fire of Major Lazer and Shizzi (another popular Nigerian producer best known for his work with Davido). Show You Off opened doors for Wurld, and introduced him to the interest of both island music lovers and Afro-tune fans.

In a conversation with Joey Akan for Okay Africa, Wurld shared the crux of his ambition:

“I felt like I had a calling to add a different perspective to the small percentage doing something different and pushing African-inspired music.”

He speaks at length of his early struggles as he tried to reach and connect with his fan base. Considering that three songs off I Love Girls With Trobul are currently on Apple Music’s Top 100: Nigeria chart, his troubles may be well behind him. Let’s hope he keeps the quality of his music reliable and engaging.

Sarz, on the other hand, has consistently impressed Nigerian audiences over the span of a prolific career that he successfully launched in 2010, with a remix of the Jahbless song Joor Oh. The 30-year-old has produced some of the most successful songs of the last decade, from Wizkid’s Come Closer to Niniola’s Maradona. This year, he contributed to the production of Find Your Way Back (Circle of Life), a song on Beyonce’s Lion King album. Sarz has undoubtedly built his status to being known as one of the most talented producers in the Nigerian music industry. Sarz himself recently released an E.P with the lofty title: Sarz Is Not Your Mate. In a separate interview, Joey Akan asked why Sarz chose this title, and this is what Sarz had to say:

It’s just provocative. It’s just a way to pass a message out to the people that they already know. I feel like everyone knows this subconsciously but now it’s in your face. I just thought it was the right way to go moving forward.